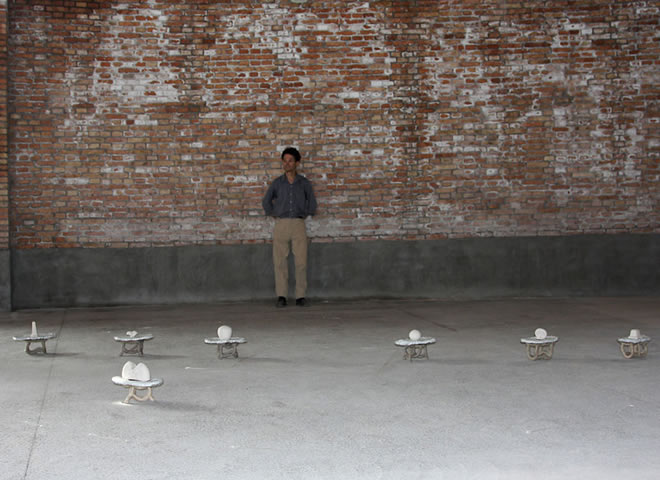 During a 4-week work period, six Dutch artists were asked to make works for the Netherlands Ceramic Art Museum located in the city of Fuping (not far from the terracotta soldiers in Xi’an.) The work, Zhú Qui (Sundial), was comprised of 54 stacks. Each stack consisted of a stool on the bottom, a “cloud’ in the middle, and most of them on top, representations of things observed during a trip to Beijing just prior to the work period. The 54 stacks were positioned on the floor in the shape of a circle with a square cut out of the middle. At noon, on the longest day of the year, a ray of sunlight shoots through a small oculus in the domed ceiling and lands right in the center of this circle. During 20 minutes intervals before and after 12 o’clock the sunlight shines on one out of six ceramic pieces.