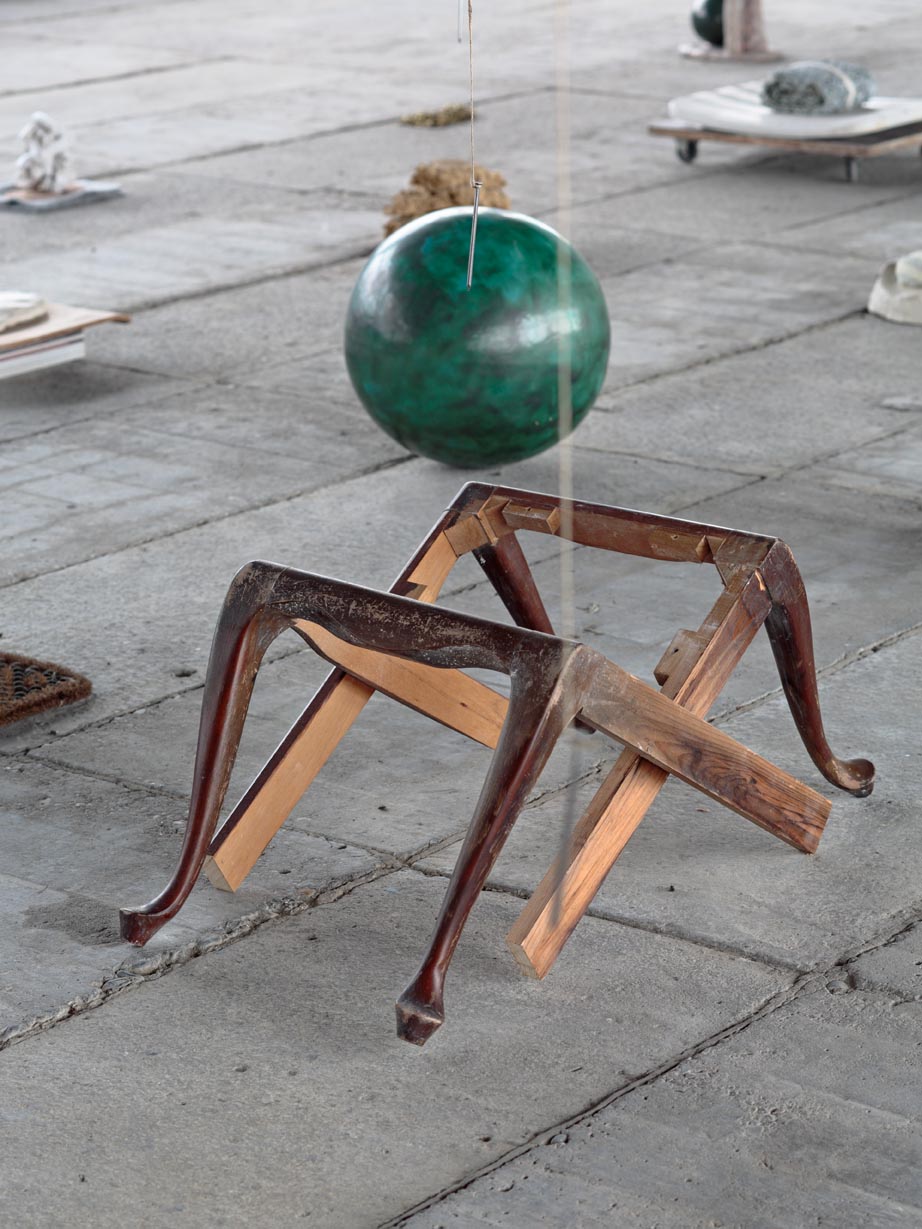 A nail attached on a rope hanging from the ceiling of my studio, that served as a temporary perpendicular, was the starting point for two installations in a former electric power plant. For the installation, Cogito Ergo Sum, ropes were strung along X, Y and Z coordinates and suspended a nail above a sphere. Descartes’ invention of the X, Y and Z coordinates transformed Western society to a large extent. Positioned between the old turbines, this installation accentuates our hope and faith in technology. Descartes Error was located on the top floor. A matrix of horizontal and vertical ropes echoed the gridded ceiling. Attached to the end of each of the 72 vertical ropes was a nail that pointed to an object positioned underneath. These objects consisted of ceramic sculptures, as well as found items collected over many years by myself and my late wife.